This website acknowledges that land is free – as free as sunshine, air and water. However, the further fact is that we think it can be owned, and this has… Read more »

Marking his 90th year! As a child in Copenhagen in the 1930s I realised that all grown up males in the family were shop owners who made it a point… Read more »

Reprinted from “Debt Death and Deadweight” from https://landresearchtrust.org/ CHAPTER 4 Denmark: the constitution of a happy nation Lasse S. Andersen DENMARK is one of the European nations that can be held up as… Read more »

RADICAL TAX REFORM: THE ANSWER TO TAX EVASION, BUDGET DEFICITS AND WELFARE CUTS The governments of almost all countries have budget deficits and increasing national debts. The taxes* they currently… Read more »

Received via Prosper Australia. Mason Gaffney has for years been describing the nature of economic rents and its relation to taxation. His key idea, which would have been uncontroversial prior to… Read more »

Why do we have a housing crisis in the UK? Why is it that a wealthy country, increasing in wealth each year, cannot provide enough housing for its citizens? I… Read more »

The ‘housing crisis’ is no such thing. It is a ‘transfer of wealth’ crisis Reprinted from “Young People’s Party” submission to the Intergeneration Commission. The current state of the housing… Read more » 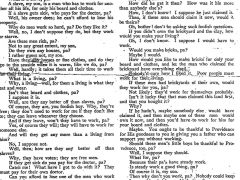 Purpose.         This note was initially prepared for the UK Liberal Democrat Party’s  Tax Commission. The author had heard that Sweden incorporates an element of property taxation within its income… Read more »