In March 2013 I took the high speed train from Beijing to Shanghai for the first time. It is a five hour journey with a steady speed of three hundred kilometres per hour. I was eager to get out of the city and see what the Chinese countryside was like. The scene was fascinating. For the whole journey almost all the land I saw was in use, much of it under cultivation and most of that in rectangular patches silver . The cultivation lay right against the built up areas which were considerable. In fact there was nothing I would have called countryside. Later that month I took another train journey, this time from London Paddington to Devon. I was struck by the contrast. Travelling west through the England once you are out of London there seem to be great expanses of green, very pretty but not very much appearing to be happening. The relationship of the Chinese people with the land was noticeably different to that of the English and I suspected that went back a long way.

A short while later I stumbled across a published copy of the doctoral thesis of Han Liang Huang, published in 1918 which traced back the story of Chinese land tenure from the beginning of its history. At first glance it looked like it would provide a useful source of information to help understand the Chinese relationship with the land but his underlying thesis was also arresting. Essentially it was thPandora Sale is: over its long history the principle source of government revenue has come directly from the land. What follows here is to quite a large extent a summary Han Liang’s findings/ By coincidence the same thesis was also referred to by Alanna Harzog in her recent presentation to the World Bank’s Land and Poverty Conference on “Socializing land rent, untaxing production”.

China is single most extensive and enduring civilization in the world. Its language, in spoken and written form, has been largely unchanged for some four thousand years. Its early history fades into mythology. Back in 2967 BC Huang-Ti (diHuang) brought the feudal provinces under his control, made them acknowledge him as emperor and received tributes which were in the form of levies derived from the land. 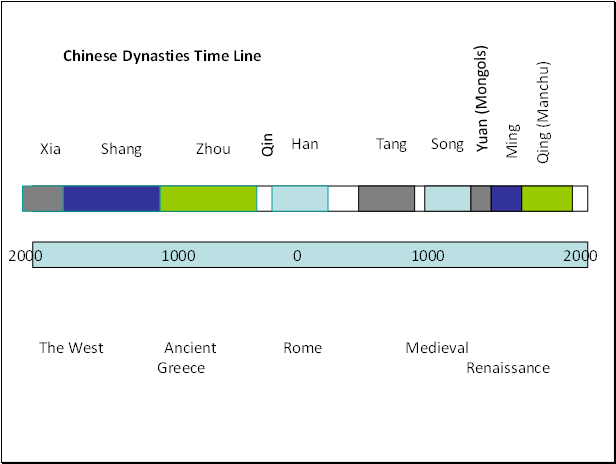 The Xia dynasty was in 2150 BC by Yu the Great. There had been a great flood and Yu was the administrator responsible for bringing the water under control. After the inundation arable land was in short supply. At that time the tradition was that the land belonged to the people at large (not to individuals, nor feudal chiefs not even the emperor). Individuals were allotted a plot of land, fifty mows (probably about ten acres) the traditional measure of area at the age of twenty and then gave it back when they reached sixty. There was a tribute system called Kung fa. For the central province of Zhi Zhou one tenth of the produce of the land was given to the emperor. In the other eight provinces the same fraction went to the feudal lord.

Lesson 1:  The land belongs to the people at large

By the Shang dynasty 1783 BC a system of land taxation known as tsing tien (nine squares) has been established but its origins may be longer ago. The previous system of tribute had become based on fixed amounts related to average yields of produce. This did not work well in practice, particularly in years when the harvest was poor. In the tsing tien system families were formed into groups of eight. The land was arranged in squares of three by three plots. Each family was assigned a plot. The central plot was farmed collectively and the product of this part constituted the levy that went to the government as “aid”. In addition the buildings were on the central plot so overall one tenth of the produce went as tribute. The system was very fair and effective. 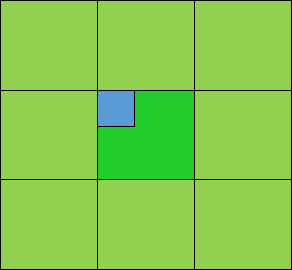 The next dynasty was the Zhou (1122 – 249BC). This was a high point of Chinese civilization and corresponds to Ancient Greek Civilisation in Europe. It was the time when much of the legal code, political organization and social structure was established. It was the era of China’s greatest philosophers – Confucius and Lao Tzu. The system of land tenure and tribute were still based on the tsing tien although the concept of “aid” now transformed into one of “universal obligation” 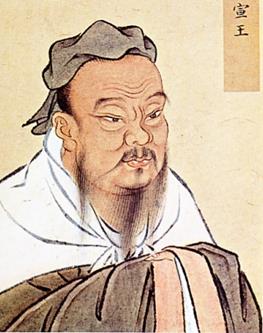 Lesson 3: The basis of allocation of land should be use.

Mencius[33] was a Chinese philosopher who advocated for land tax around 300 BCE. “In past times, when King Wen ruled at the city of Qí, he took only one part in nine as a tax on those who tilled the land [a land tax], and those who served his government inherited their stipends. At the border, goods in trade were inspected but no fees were levied [no import duties restricting free trade], [and] no restrictions were placed on the use of fish traps installed by dams and weirs [no taxes on capital goods].” The Book of Mengzi, 1B.5, http://www.indiana.edu/~p374/Mengzi.pdf

A number of refinements were introduced.

Firstly it was recognized that land varies in it fertility so that when allocating land three different degrees of fertility were recognized. There was land that could be cultivated annually, bi annually or only once every three years. The area of land allocated was varied accordingly rather than just having one uniform area. Secondly severe penalties were imposed for the non-use of allocated land. Thirdly, in addition to the annual levy there was also the additional requirement to provide military recruits and/or military equipment. Finally a progressive system was established of the tribute that feudal lords had to pass on to the emperor. The must powerful lords dukes, had to pass on one half of their tribute whereas lesser earls passed on one third and barons, the third tier only passed on one quarter.

The latter part of the Zhou dynasty was a period of “warring states” in which there was consolidation of the various feudal states. This required increased military expenditure and hence increased taxation. The Qin province eventually rose to domination. This province was to the west. It was extensive but thinly populated. The neighbouring province of Jin was small and highly populated. To encourage migration Duke Shiao of Qin and his minister Shang Yin offered free land. The system of tsing tien was abandoned and private property was established. To continue to provide government revenue the basis of taxation shifted from the land to the people. In 221 BC the Qin ruler Qin Shi Huang became established as emperor of all China. He effectively changed the previous loose federation into a centralized empire. There was significant state expenditure. The building of the Great Wall was begun. There was other building of palaces and Qin’s preparation for the afterlife was very lavish and extensive. It included the assembly of the army of terracotta warriors near the capital Q’ian. The level of taxation was high. Many tenant farmers sold up their land in order to pay and rich merchants began to become landlords. “The rich own thousands of mow whilst poor have not enough land for an awl to stand on.”

The Qin dynasty was short-lived. The oppressive conditions imposed on the people including high taxes lead to rebellion and in 207BC the new Han dynasty was established. The earlier privatization of land had led to the establishment of a powerful landed aristocracy who resisted the imposition of taxes on the land. The economic philosophers of the time argued in their favour: the two sources of production are labour and land and in order that all lands capable of production might be cultivated and all hands engaged in agriculture taxes on land should be abolished [Tia Che]. Thus at that time taxes on land were light, typically only about one thirtieth of the produce whereas the rents paid by tenants were high, amounting to around half the product. Attempts were made to re-distribute the land but these were unsuccessful due to the powerful influence of the landowners who had gained position in government. 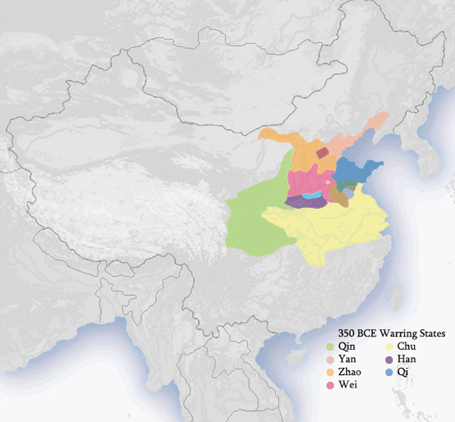 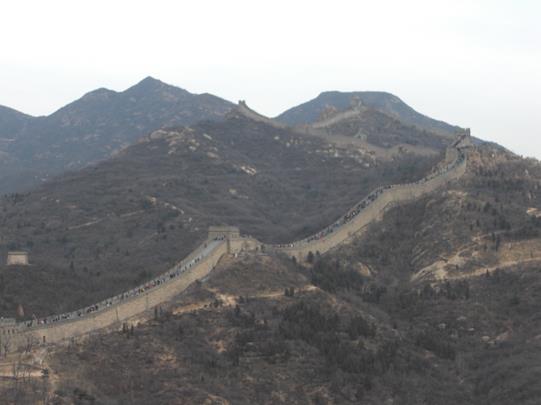 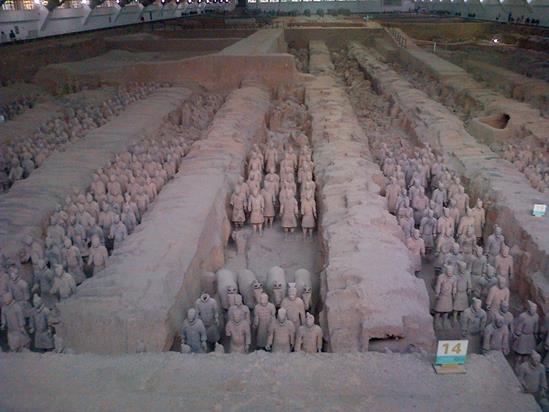 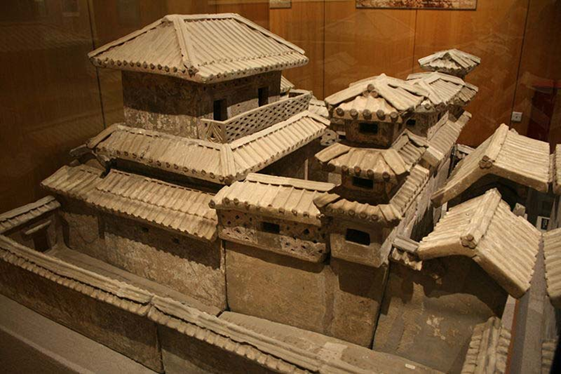 “The rich own thousands of mow whilst the poor have not even enough land for an awl to stand on.”

“The two sources of production are labour and land and in order that all land capable of producing crops might be cultivated and all hands engaged in agriculture taxes on land should be abolished.”

Lesson 4: There will not be an effective land tax when there is unrestrained private ownership of land

The period following the Han Dynasty 221 – 618 AD was a period of civil war with short-lived dynasties and destruction of wealth and reduction of the population including the landlords. Order was restored with the establishment of the Tang Dynasty (618 – 907). There was a re-distribution on a basis of equal shares for all. In return annual rents were charged which were a combination of produce, personal service and commodities such as silk. However, everyone was taxed the same regardless of the actual situation on the basis that the land had been distributed equally. The system ran down there was a loss of revenue, avoidance of tax by the rich and a market in land sprang up. In 780 Yang Yan Chancellor of Emperor Dezong took steps to put things on a more just footing by enacting tax reforms. The central idea was a single tax on land relating to the amount of land held and its fertility. The system was know as liangshui the summer and Autumn levy since there were two times and type of payment. The summer payment was in produce or commodities and the Autumn payment on copper coin. These reforms established a system that was followed for the next thousand years 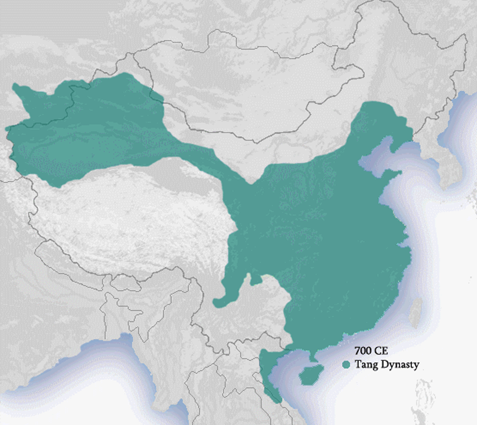 lesson 6: a tax on land is better than a tax on people 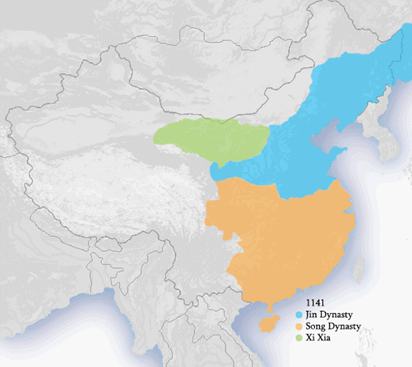 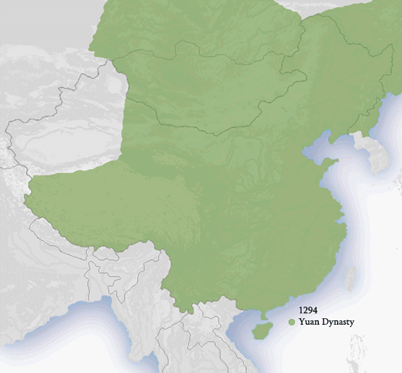 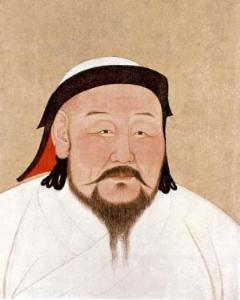 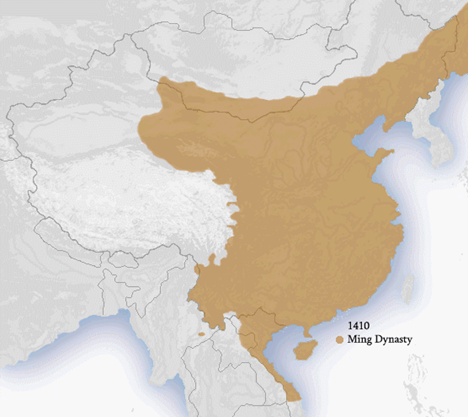 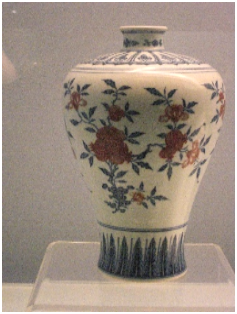 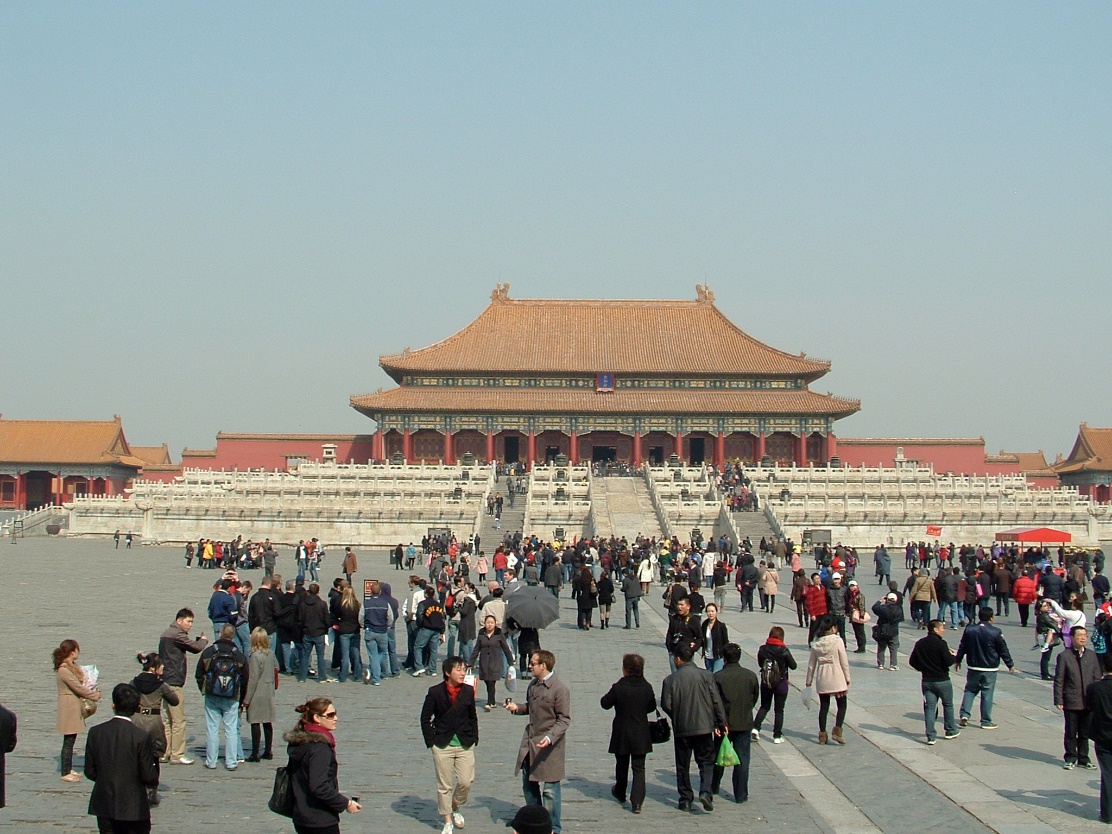 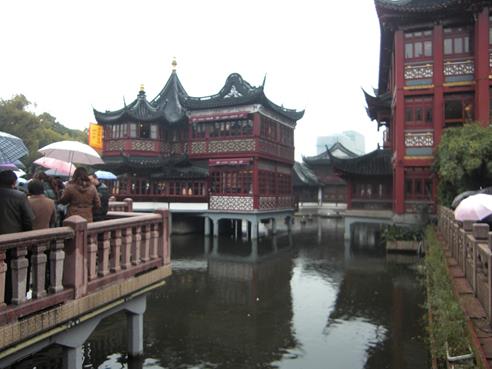 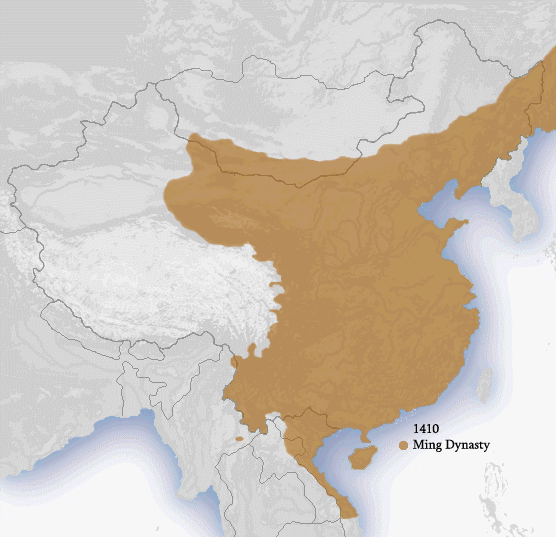 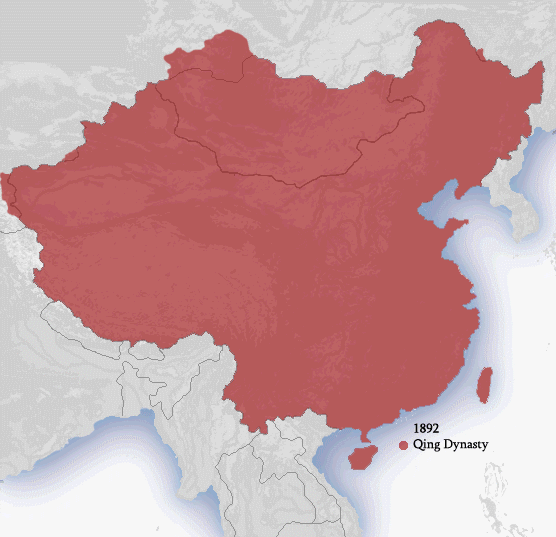 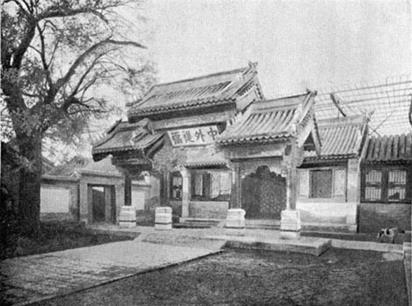 Lesson 9: that administration has to be paid for
Magistrate’s yamen

Lesson 1: The land belongs to the people at large

Lesson 3: The basis of allocation land should be use

Lesson 4: There will not be an effective land tax when there

is unrestrained private ownership of land

Lesson 6: A tax on land is better than a tax on people

Lesson 9: That administration has to be paid for

The state of the earth bears witness to the way it has been used, even 100 years later!